Recently, the Library of Congress’ National Digital Newspaper Program (NDNP) announced that over 15 million pages of newspapers have been digitized as of May and are now available on Chronicling America.

To celebrate, we found two articles referring to “15 million.”  Of course, the first is financial-based and regarding a budgetary request in a Rivers and Harbors bill to stimulate commerce in the February 16, 1921 edition of the Newark Post… 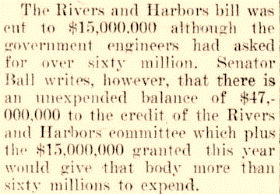 Of course, DuPont and Delaware are tightly linked, but when DuPont expanded and opened a plant in City Point, Virginia, the Evening Journal of July 7, 1913 reported that the new plant would produce fifteen million pounds of dynamite per year. 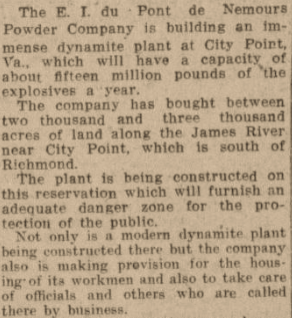