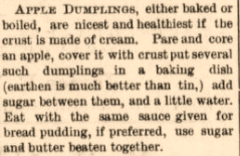 Little over a decade later, the September 6, 1894 edition of the Delaware Gazette and State Journal published several apple-based recipes, with a recipe for apple dumplings among them. 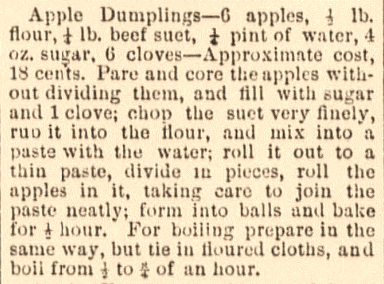 Though this blog is focused on apple dumplings as part of #AppleDumplingDay, please feel free to check out the papers cited for more, all-natural apple-based recipes. 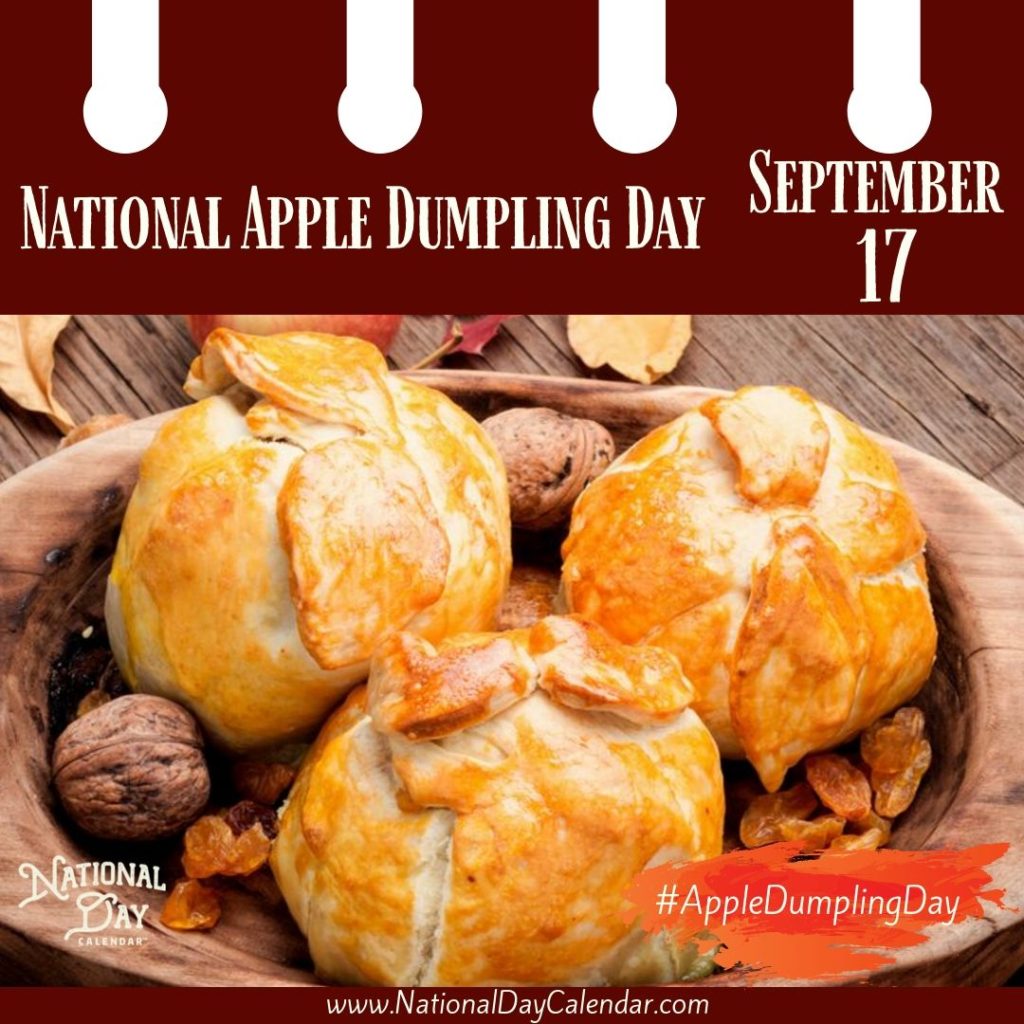 This blog also inspired by #ChronAmParty .