The March 22, 1913 edition of the Evening Journal reported on national news when featuring an article of the annual Easter egg roll on the south lawn of the White House. 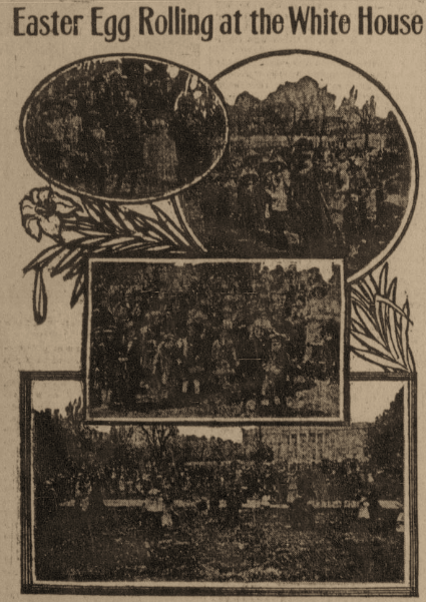 President Rutherford B. Hayes opened the grounds to the first Easter egg roll in 1878.  Easter egg roll races involved using a long-handled spoon to roll a hard-boiled egg, usually decorated so that one could tell which egg belonged to which roller, down a hill or along a path.  Because such races would often destroy the egg in the process, the Annual Easter Egg Roll at the White House was suspended in times of war, such as World War I and World War II, to avoid wasting food.

The article in the Evening Journal of March 22, 1913 mentions another game children would play where they would find an egg with a hard shell and, with another player, would grab the egg leaving only the end exposed and they would lightly ram the eggs together until one egg cracked.  Once both ends of the egg were cracked, the egg was out of play, the other person having won, and the egg was still viable for rolling.