Thanks to having some new material going live on Chronicling America, we now have some new material for blogs.  Specifically, some advertisements for cars!  Here is one from the August 14, 1909 edition of the Evening Journal. 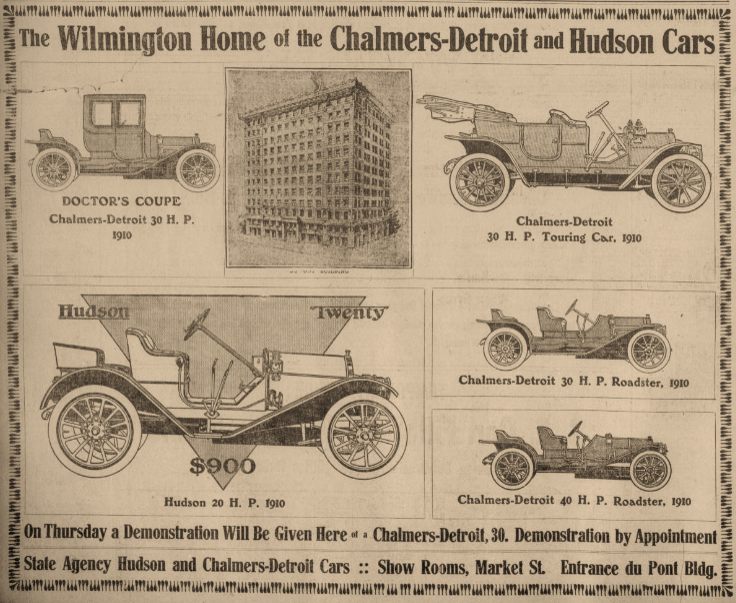 Hudson Motor Car Company had a little more luck and enjoyed a little more popularity and longevity.  The Hudson pictured above for $900 was considered more of the “typical” car for 1909-1910.  Because of the lower price, Hudson sold more cars and maintained their brand name until the 1950s with the distinction that in World War II, Hudson built both naval and aviation parts which were used in vehicles for the D-Day invasion of Normandy and can also boast having one of the first female car designers in 1939.  For Disney fans, “Doc Hudson” was a 1951 Hudson Hornet.  Hudson eventually became AMC (American Motor Corporation), which eventually, like Chalmers-Detroit, became a part of Chrysler. 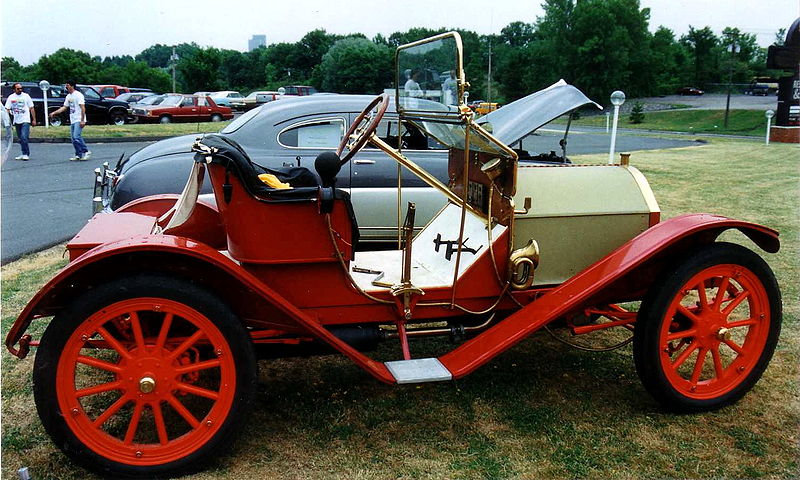 Above is pictured a 1910 Hudson Roadster – the same model advertised in the Evening Journal.  Note the bulb for the horn mounted on the exterior of the vehicle along with the crank starter bar lying on the floor of the vehicle in front of the driver’s seat.