This month’s #ChronAmParty features the topic of “Mustache March.”  Originally, Mustache March was a US Air Force tradition of growing a mustache in honor of aviation legend Robert Olds, who had grown a decidedly non-regulation handlebar mustache.  Robert Olds served in the Vietnam War, which took place after the temporal scope of most newspapers on Chronicling America, but that is not to say that mention of a mustache didn’t make the news on occasion. 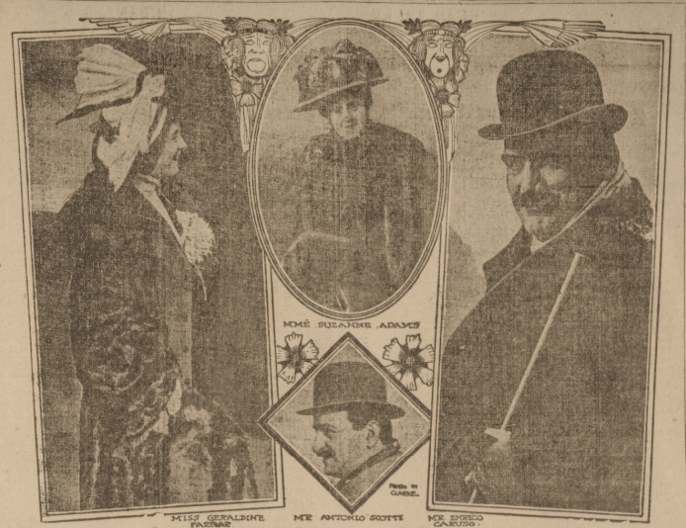 The Evening Journal of November 16, 1907 mentions the singer tenor Signor Enrico Caruso, en route to America via the liner RMS Oceanic, was seen clean-shaven, without his iconic mustache.  The ship’s officers further stated they had seen the tenor applying a fake mustache, presumably before going out in public.

On the other end of the spectrum, the Evening Journal of October 6, 1916 has an amusing tale regarding a mustache and a serious actor. 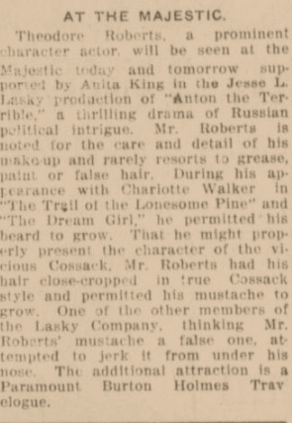 As mentioned in the article, prominent character actor Theodore Roberts was known for very detailed application of his make-up, but he refused grease or false hair. Instead, he chose to grow his own mustache for an upcoming role.  One of the other members of the company, however, believed the mustache to be fake and attempted to pull it off of Mr. Roberts’ face.