Originally, this blog was going to focus on leap year 100 years ago today.  One hundred years ago, February 29, 1920, was a Sunday, a day when newspapers weren’t published or sold.  Instead, there was this gem found in the March 1, 1920 edition of the Evening Journal. 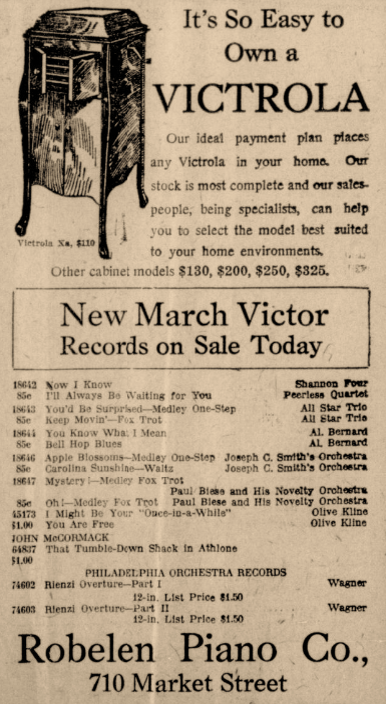 One hundred years later, music reproduction has evolved through several formats including 8-track, cassette tape, audio CD, audio files, and audio streaming.  Audiophiles have also seen a limited return of the vinyl record with regard to fidelity.  Traditional records may have been rare but never disappeared entirely.

The record player and Victrola haven’t disappeared either. Optional turntables that connect to a computer via USB are available for those wishing to convert records to digital media. Victrola has continued to produce record players, most of which are multi-function and may include a radio and CD player.

Even better?  While not needing the space for the technology itself, Victrola still makes “retro” units that are pieces of furniture. 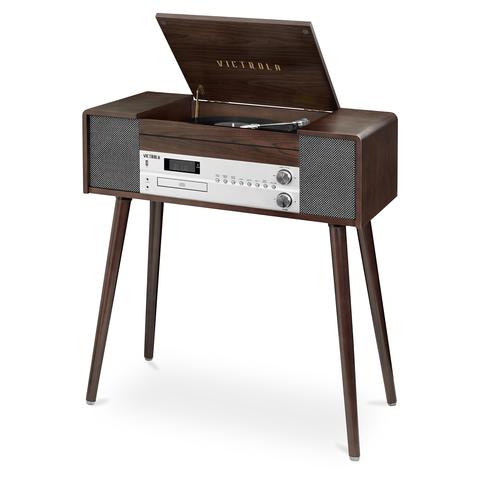 Interestingly, this new technology is difficult to classify.  Is it one of those things where we can see how far we’ve come technologically?  Or is it a case of, “The more things change, the more they stay the same?”