Perhaps this blog should be, “Trick or Treat,” given that it is Halloween, though the entry is not a spooky one.  Because our last blog post focused on the spookier aspects of Halloween, this one focuses on something historical and very particular to our institution.

On October 31, 1922, the Evening Journal reported on a fundraiser for Memorial Library at the University of Delaware:

The University amazingly surpassed their $300,000 fundraising goal (translates to roughly $4.5 billon in 2019 according to the US Inflation Calculator) by $25,000 for the Memorial Library.  In 1922, Delaware College, sometimes already referred to as the University of Delaware, and the Women’s College had not yet merged.  Memorial Hall, which would include the library, was built as a memorial to students who had served and died in World War I, and was originally intended as the first common building between the two colleges.  Donations accrued at this event created the backbone of what is now the University of Delaware’s Hugh M. Morris Library, Museums and Press. The modern UD Library is part of the National Digital Newspaper Program and can bring you historical treats like this information on this day of tricks. 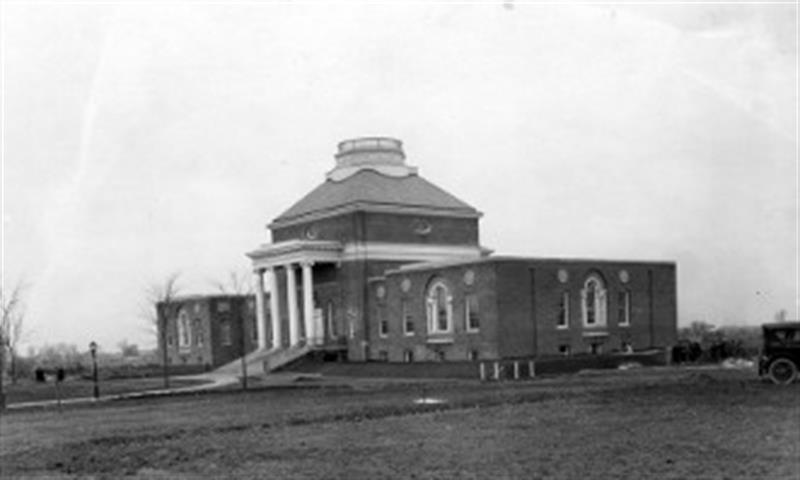 After an extensive fundraising campaign with more than 26,000 members of the public pledging funds, construction started in December 1923 and Memorial Library was dedicated on Memorial Day in 1925.

Memorial Hall was converted into classroom space when the current library building was built in 1963, and remains on the National Register of Historic Places.