Imagine reaching for a washcloth, only to have it burst into flames.  Or climbing into bed and having the sheets spontaneously catch fire.  These were some of the experiences that happened to farmer J. L. Wagoner as reported by the July 24, 1922 edition of the Evening Journal. 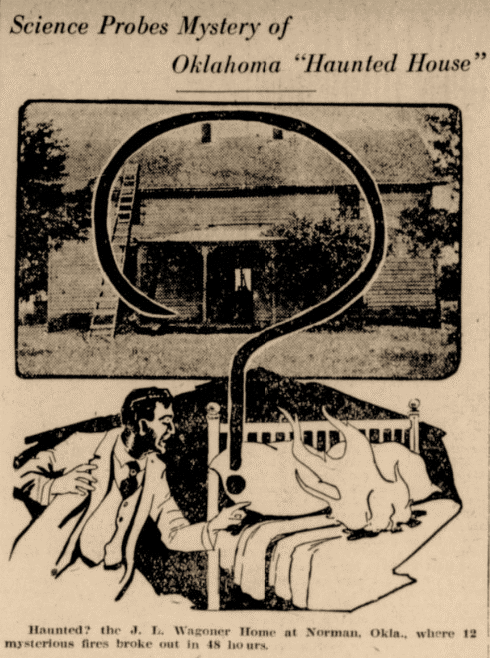 As reported, other members of the Wagoner family witnessed similar events.  Mrs. Wagoner opened a closet, only to be exposed to a flash of light as the clothes within ignited.

Also as reported, scientific investigators of the time were trying to find liquid samples that combust when dried in an attempt to explain the phenomena, but didn’t find a solution.