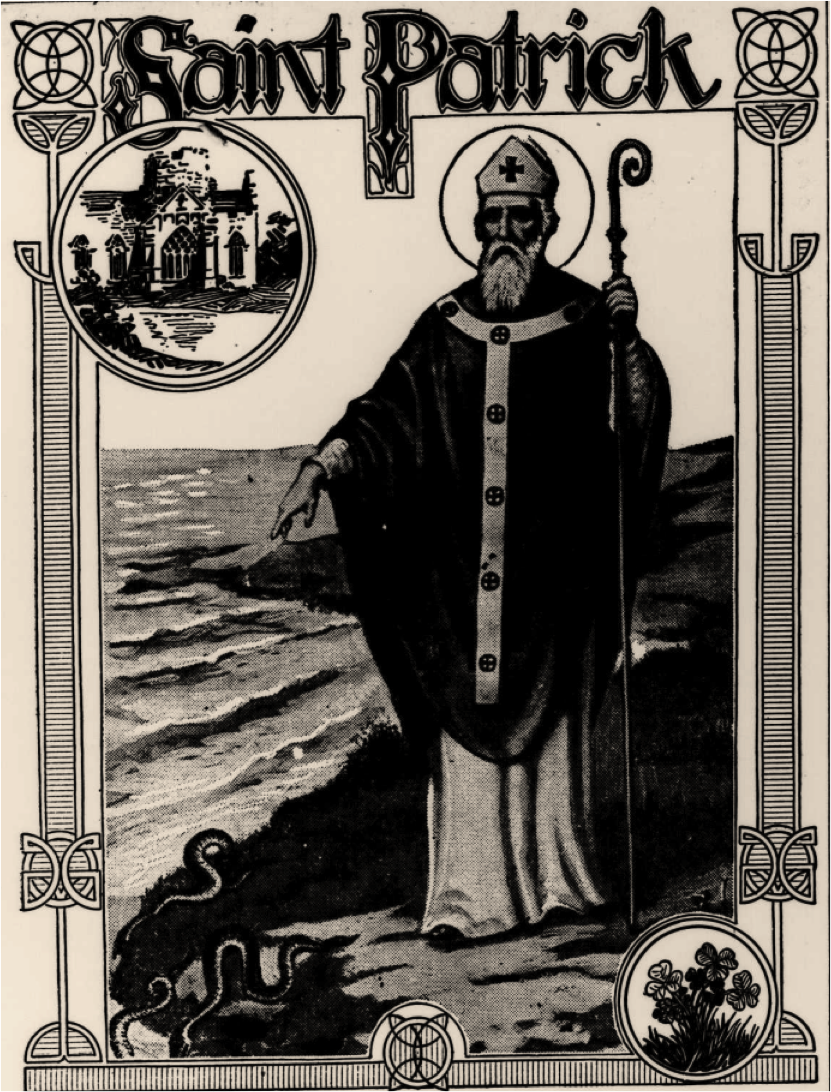 A century ago, the Middletown Transcript from March 16, 1918 published several articles regarding Saint Patrick’s Day.  The main article on Saint Patrick himself debunks the popular myth of driving reptiles out of Ireland. Instead, this article portrays him as a humble, compassionate human and focuses on his involvement with the Celts.  Patrick’s popularity with the common folk as well as his charisma with those in power seemed to aide him in his task to serve the Church’s mission.

The same issue of the Middletown Transcript also contains two smaller articles on other images and symbols associated with Saint Patrick’s Day, specifically, the shamrock.  The shamrock was chosen for Ireland’s banner by Saint Patrick, and a shamrock is a variety of clover.  The luck of clovers can be dated back to the Greeks, and that wearing a clover would bring prosperity.  It was also noted that snakes tend to avoid clover.

Find out more by searching Delaware newspapers on Chronicling America for “Saint Patrick.”