One hundred years ago, the Daughters of the American Revolution gifted an ambulance to Delaware College, which eventually became the University of Delaware. According to The Newark Post on October 3, 1917, an elaborate ceremony was planned for the presentation of the automobile to the college on October 4, 1917. The gift of the ambulance was made with the understanding that the US government could conscript its service, if the need arose, during World War I, at that time known as The Great War or The World War. 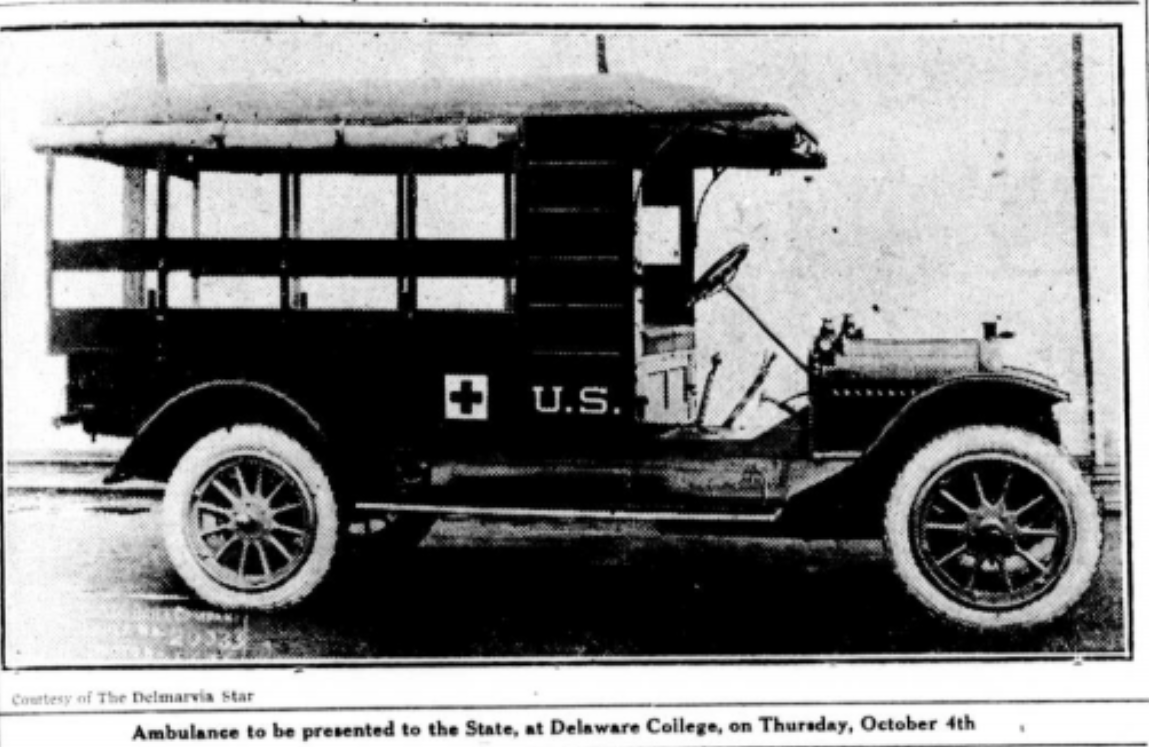