The first artist featured in our Five Women Artists series is robin holder. Two of her prints are included in the exhibition, Problem Solving: Highlights from the Experimental Printmaking Institute, on view in Mechanical Hall Gallery. 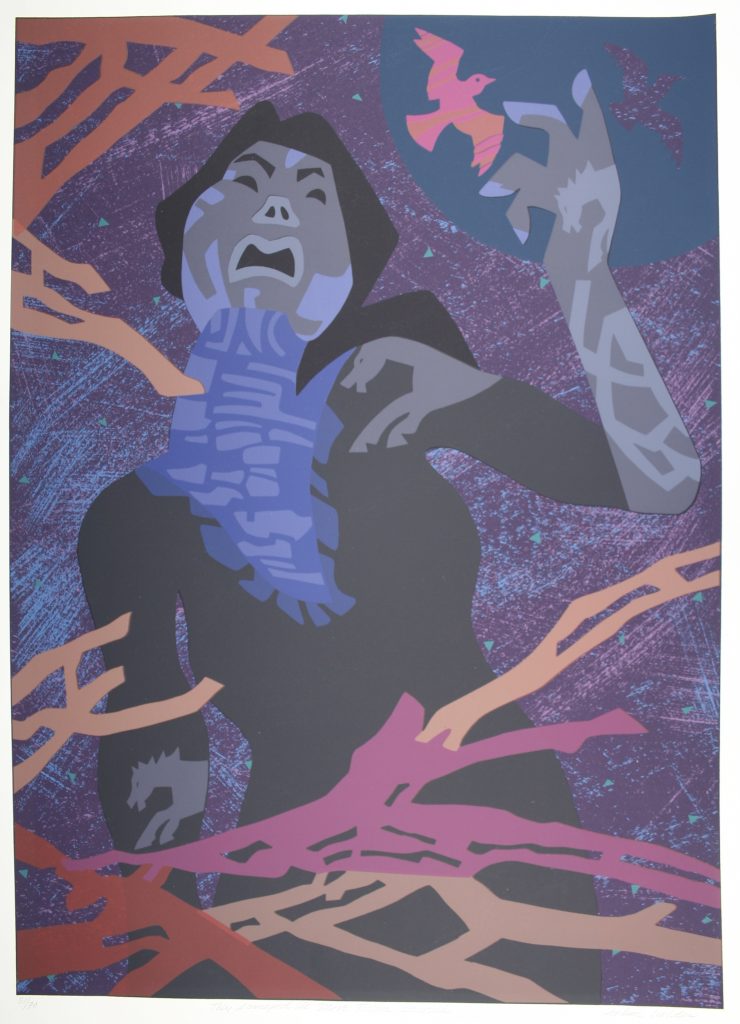 This print by robin holder is part of a larger series titled, “Warrior Women Wizards: Mystical Magical Mysteries.” She began the series in 1985, and continuously added to it for more than two decades. In 2006, holder began a residency at the Experimental Printmaking Institute where she created They Damaged Us More than Katrina. The suffering of those affected by Hurricane Katrina moved holder, who often explores racial and class inequalities in her work. For holder, the devastation of the hurricane was coupled with the effects of a delayed and insufficient government response causing extended trauma. 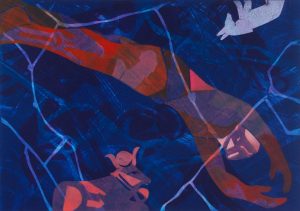 Map of Nubia III is part of a larger series called “Karnak” inspired by holder’s travels to Egypt in 1988. As with They Damaged Us More than Katrina, holder chose to juxtapose figural forms with animal and plantlike forms, layering shapes and colors to create a unique effect of transparency and opacity simulating light, shadow, and depth.

To hear robin holder speak personally about her work, please join us on Monday, March 5th at 5 PM in Mechanical Hall Gallery for a reception celebrating the exhibition. The reception will include a conversation with robin holder and Curlee Holton, founder of the Experimental Printmaking Institute, both of whom have artwork featured in this exhibition.

Problem Solving: Highlights from the Experimental Printmaking Institute is on view now until May 11th, 2018 in Mechanical Hall Gallery.

–AnnaLivia McCarthy is an undergraduate intern at Museums.