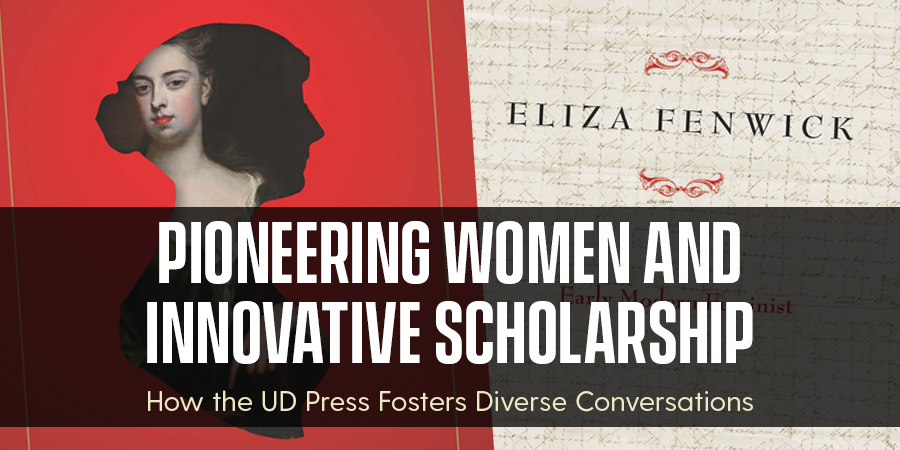 From Hollywood to Washington to the workplace, gender equality and women’s rights permeate all aspects of modern-day culture. When a record-breaking number of women won seats in Congress, we celebrated the achievement. When women spoke out about sexual assault by a media mogul, we stood in support and kickstarted a movement. When challenges to women’s equality rise, we—the men and women of today—take action to inspire change.

These issues of gender equality and women’s rights now stand at the forefront of society, but they are not new issues. For centuries, women authors have been essential to documenting women’s struggles and triumphs through their various forms of writing.

In Spring 2019, the University of Delaware Press is launching a new series, Early Modern Feminisms, to share the stories of literary women in the 16th through 18th centuries.

In the series, you’ll meet Eliza Fenwick, a writer from the late 18th century and a member of Mary Wollstonecraft’s literary circle in London. When her marriage fell apart, she had to become a self-supporting woman raising a family. Traveling to Barbados, Canada and the United States, she carved her own path as children’s book author, teacher and school owner, writing letters along the way that helped to maintain friendships across time and distance. 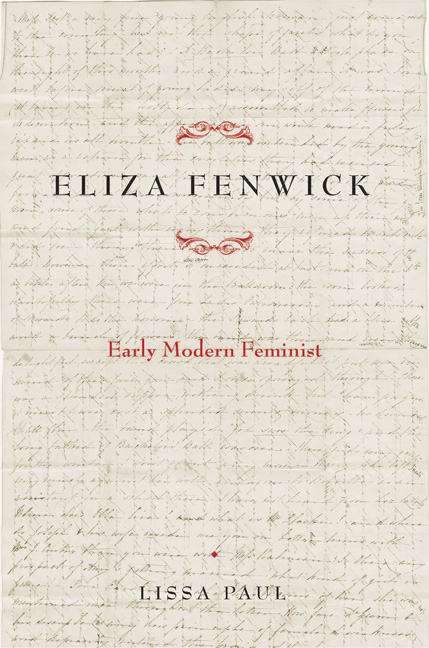 Those letters are the focus of the soon-to-be-published biography, Eliza Fenwick: Early Modern Feminist. Through the letters, we learn the story of her life by the relationships she developed, the history she witnessed and the day-to-day life she led as depicted by Fenwick herself.

The female-focused series further hones in on the impact and importance of women’s friendships and support of one another with The Circuit of Apollo: Eighteenth-Century Women’s Tributes to Women.

A collection of essays, the book highlights the creativity, intellect and breadth of women’s cultural contributions in the 18th century—and the vast networks women writers developed to support one another. In one essay, you’ll learn about Eliza Haywood, an 18th-century English writer whose image has been slightly tarnished by her scandalous reputation. Through homages to Haywood written by other women, as well as a self-homage by Haywood, you’ll discover the important way such tributes have helped to rewrite literary history.

The homages to Haywood represent just one of the many varied forms these networks and tributes took—all serving to empower and support women both personally and professionally.

Whether you select them as the next reads in your book club or sources for your research, these books bring the subject of women’s studies to life. As society sheds light on the achievements, challenges and daily life of women today, it is possible to learn from the stories of women who came before.

“This is important,” Julia Oestreich, director of the UD Press, explained. “It’s not just interesting. There’s a purpose to having this series… [It] fosters important conversations about women both in the 18th century and today.”

For Oestreich, this series is particularly special. From the initial idea of the series to the acquisition of manuscripts, Oestreich has championed the need for the series. To launch the series, Oestreich has searched for the most innovative scholarship from women across the globe that will drive conversations in the field. 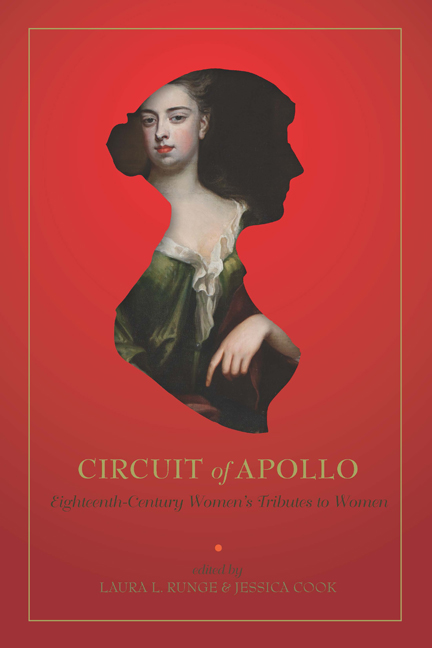 Cover art for The Circuit of Apollo: Eighteenth-Century Women’s Tributes to Women.

“I have made it an acquisitions priority for the UD Press to seek out and publish scholarship about women and scholarship by women,” Oestreich explained. “I want to make sure that women and gender, which have sometimes been neglected in scholarship in the fields in which we publish, get more attention. And I want scholars—especially female scholars—looking for a place to publish to know that the UD Press is committed to publishing on these subjects.”

“Some of the most important scholarship today is done by women, queer scholars and scholars of color who are writing about subjects and people that have been marginalized,” she continued. “The UD Press wants to be a part of bringing such scholarship to publication and giving a voice to those who have been traditionally silenced within the fields in which we publish. In that way, we can truly help to move these fields, and scholarly publishing in general, forward.”

For the UD Press, that’s the ultimate goal: To provide as many scholars around the world as possible with access to material that will expand their knowledge and foster important conversations in academia and beyond.

In addition to the new series, the UD Press has particular strengths in a number of fields: Shakespearean, Renaissance and Early Modern literature; 18th-century studies; French studies; art history; and the history and culture of Delaware and the Eastern Shore.

In fact, Eliza Fenwick and The Circuit of Apollo are just two of more than a dozen titles that will be published this year—making it the biggest and busiest year for UD Press in 5 years. The increased production is a result of a new partnership between the UD Press and the University of Virginia Press, which allows UD Press books to reach an even broader, more diverse audience as part of the Columbia University Press Sales Consortium.

With this increased production, the UD Press is better able to give voice to scholars who can push their fields further, and to provide innovative scholarship to scholars and researchers who can use lessons from the past to impact our future.