Phoebe Beasley, renowned for her work in collage, is the fifth artist in our blog series. Maya Angelou was a close friend and mentor to Beasley. In 1998, they completed a collaborative project by publishing a limited-edition book. Angelou chose a series of poems by Langston Hughes and wrote a foreword. Beasley illustrated the poems in a corresponding series of collages, which were then printed as serigraphs (also known as silkscreens) for the book. It was titled Sunrise is Coming After While, a copy of which can be found in Special Collections. 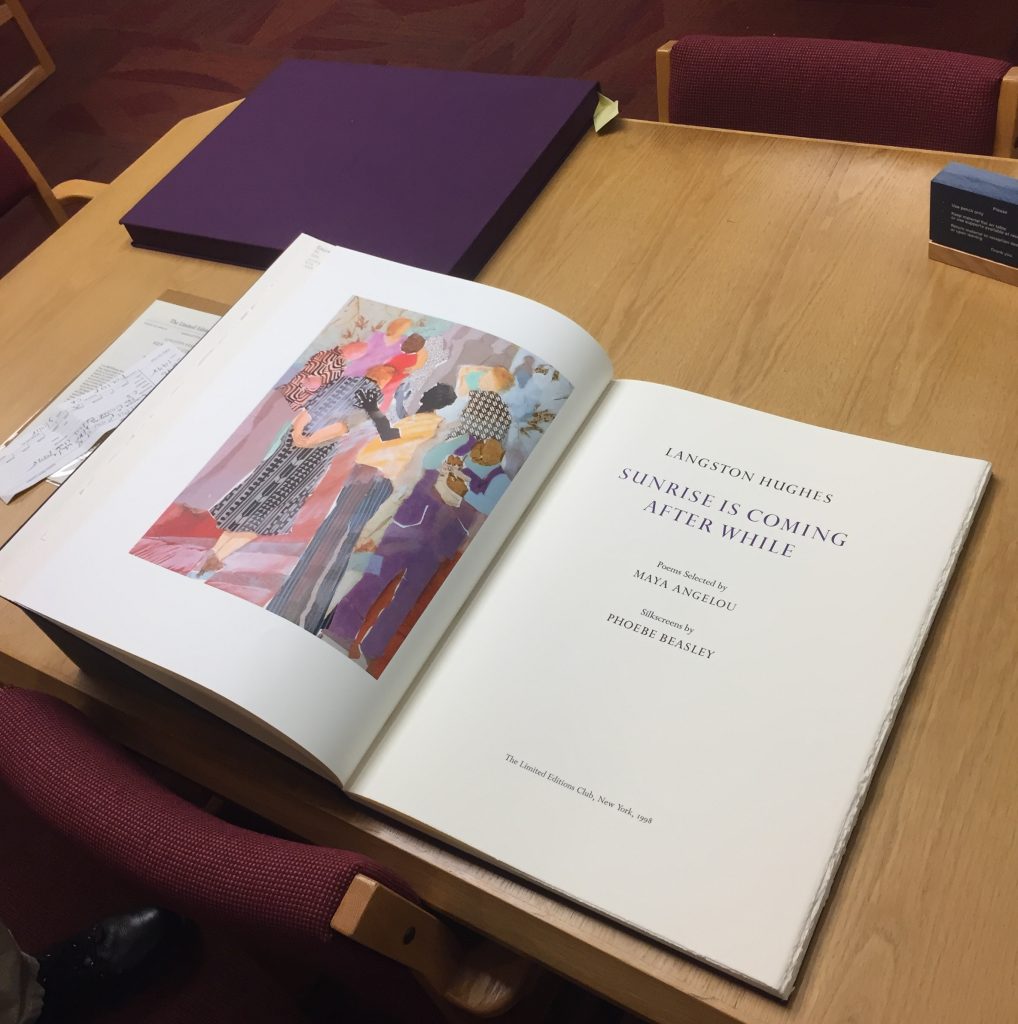 Seen above is the frontispiece to Sunrise is Coming After While. This print by Beasley corresponds to Langston Hughes’ poem, “Daybreak in Alabama.” While Beasley originally made the collages for her work with Angelou, she also printed her 6 serigraphs as an unbound collection. An edition of the serigraphs can be found in Museums Collections. 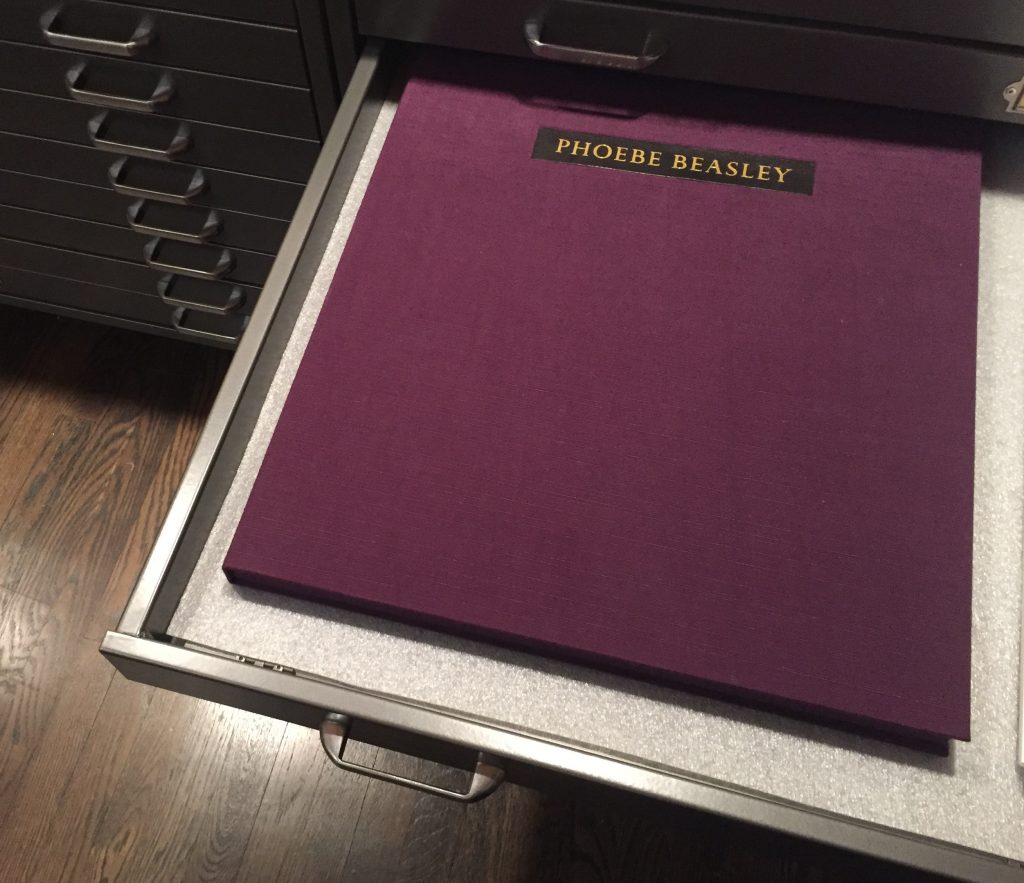 In “Daybreak in Alabama”, Langston Hughes describes the type of music he would write about if he were a composer. He says, “ …white hands/ and black hands and brown and yellow hands/ and red clay earth hands in it /touching everybody with kind fingers/ and touching everybody each other natural as dew…” Beasley has interpreted these lines as a cluster of embracing figures. She uses various colors of collage material to show variation in skin tone and patterned papers for the figures’ garments. The figure on the right in purple overalls might be Hughes himself. He is shown holding a pencil writing music notes on a page. The collaboration between Angelou and Beasley, and Beasley and Hughes’ poems, show that visual artists are often inspired by the written word, and vice versa.

If you are interested in artistic and poetic collaboration, please join us at Solving for X, a student-centered poetry reading inspired by the exhibition, Problem Solving: Highlights from the Experimental Printmaking Institute.

-AnnaLivia McCarthy is an intern at Museums.