The University of Delaware Library Residency honors Pauline A. Young, a civil rights leader, historian, author, and librarian for over thirty years.

On September 17, 1900, in West Medford, Massachusetts, Pauline A Young was born to successful caterer James R. Young and his wife Mary Leila. Following James’ death just a few years later, Mary Leila Young relocated to Wilmington, Delaware with all four of her children, including Pauline. Together they lived with Pauline’s aunt, Alice Dunbar-Nelson, who was an educator, a writer, and the wife of author Paul Laurence Dunbar. Pauline’s grandmother also lived in the household, so that Pauline and her siblings grew up under the supervision of three matriarchs.

Pauline A. Young attended the Howard School from kindergarten through high school. It was the only institution to offer a high school education to African American children living in Delaware at that time. Both her mother and her aunt taught at the school and regularly offered their home to host special lectures and other events. Both were also active in the National Association for the Association of Colored People (NAACP). Under their influence, Ms. Young also became active in the organization at the tender age of twelve.

“I grew up during the civil rights era,” Young once explained. “Our home in Wilmington was a nice stopover place for people like James Weldon Johnson, Langston Hughes or Paul Robeson. We used to listen to them talk as children. We never realized they were history makers.” 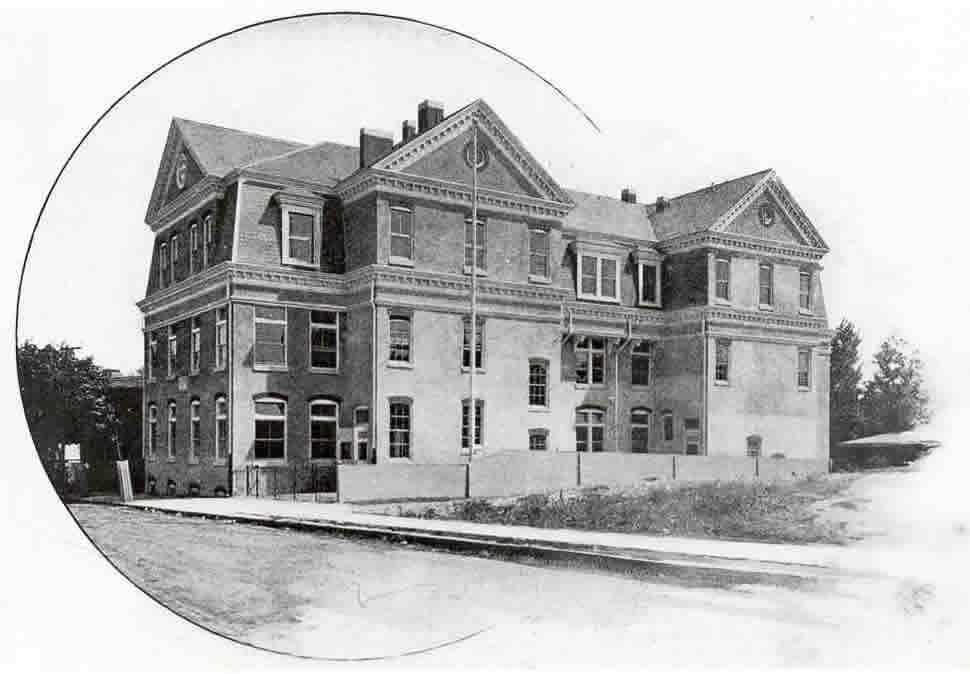 The old Howard School that Pauline Young attended from kindergarten through high school. It was located on the corner of 12th Street and Orange Street in Wilmington, Delaware. When it was founded in 1867 it was the only school in Delaware to offer a high school education to blacks. In 1928, the high school moved to a new building located at 13th and Poplar Streets.

After graduating from the Howard School, Young commuted to the University of Pennsylvania to obtain a Bachelor’s degree in education. While in attendance there, she became a charter member of University of Pensylvania’s Gamma chapter of the Delta Sigma Theta sorority. She also worked as an usher at Wilmington’s Playhouse Theater to earn money during college.

Following her graduation and a very brief stage career in New York City, Young went on to work at several places. She taught history at Huntington High School in Newport News, Virginia, and worked as a member of the press staff for the Tuskegee Institute in Alabama. She was a spirited young woman of the roaring twenties who, by multiple accounts, made her return to Wilmington years later in a Model “A” Ford.

Upon her return, Young took a position as an instructor of History and Latin at the newly constructed Howard High School, which had opened in 1927. Young was later given charge of a small library that had been donated to the school by Dr. Henry Clay Stevenson, a member of the board of education. Her management of the book collection was so impressive that her colleagues encouraged her to seek an additional degree in library science. Young obtained a Master’s degree in Library Science in 1935 from Columbia University and continued to teach and serve as a librarian at Howard High School for many years.

She used her summers off to travel, work and teach at other institutions. In 1936, at the conclusion of an overseas trip including Egypt, Yugoslavia, Soviet Union, and Italy, she had the opportunity to meet Jessie Owens at the Olympic Games in Berlin. Young is best remembered for her 30 year career at Howard High School for inspiring generations of students and preserving the history of the local African American community. She was renowned for her scrap books and clipping files. In 1947 she authored the first comprehensive state history of blacks, “The Negro in Delaware: Past and Present.” 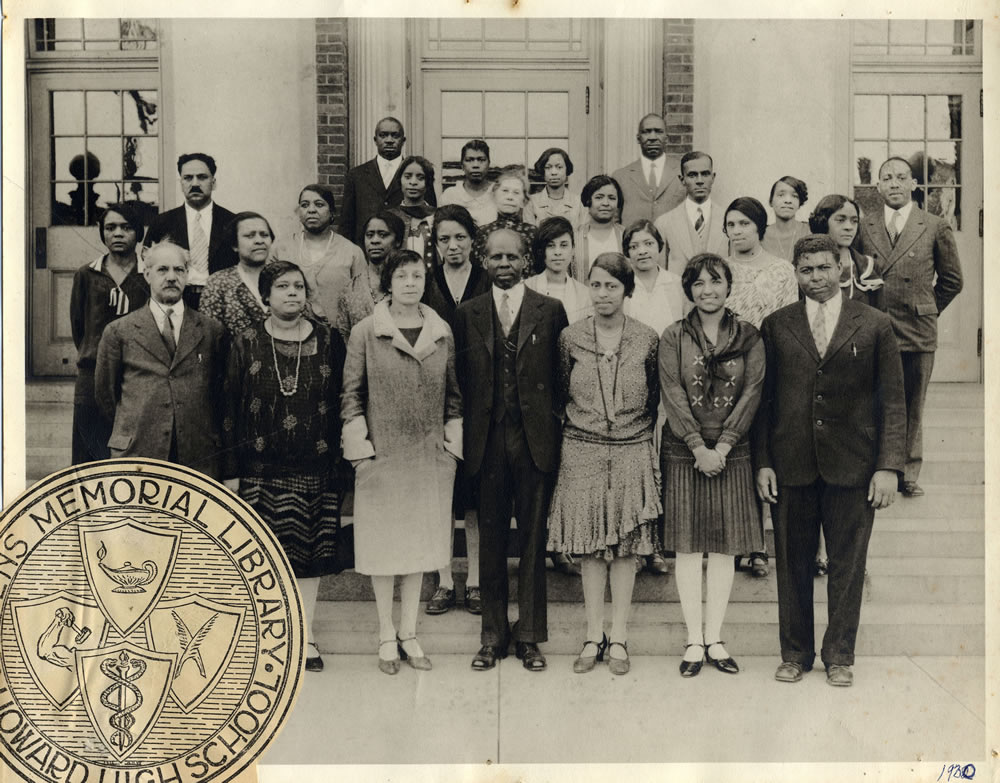 Howard High School Faculty, circa 1930. Pictured from left to right:

After retirement from Howard High School, Young continued teaching and library work as a Peace Corp volunteer in Jamaica from 1962 to 1964, where she met Dr. Martin Luther King, Jr. She participated in the 1963 March on Washington, where Dr. Martin Luther King, Jr. delivered his historic “I Have a Dream” speech, as well as the March for Equality from Selma to Montgomery, Alabama in 1965.

Activism in Education and Civil Rights

Young made many significant contributions throughout her life as an activist for education and civil rights. She served as President of the Delaware Chapter of the National Association for the Advancement of Colored People (NAACP) as well as Chair of the state NAACP Education Committee. She assisted in founding the local chapter of the League of Women Voters and American Federation of Teachers.

In her later years, she was also very active in the Ardencroft Association, the governing body for the village of Ardencroft in New Castle County, Delaware, where she lived for many years. Young frequently voiced her concerns and viewpoints on issues in the community by writing letters to the editors of Delaware newspapers and by exchanging correspondence to advocate positive changes in the community. 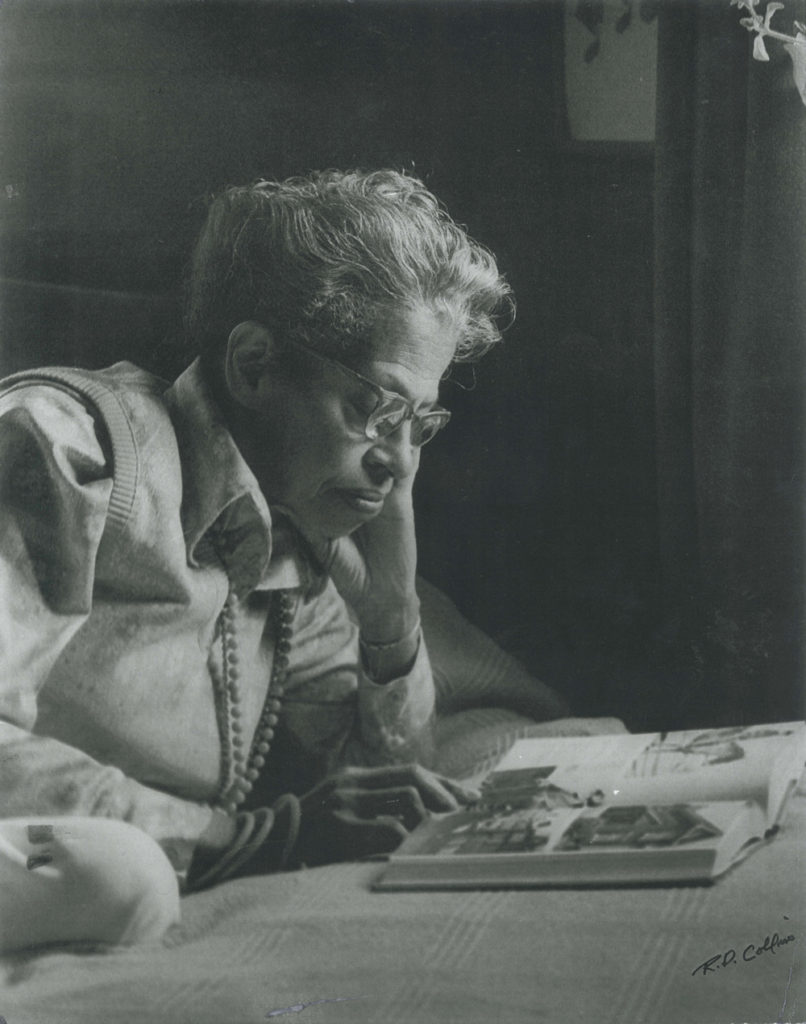 Young’s lifetime of activism and contributions have been recognized by many people and organizations. In 1979, Howard High School renamed its library in her honor. She was inducted into the Hall of Fame of Delaware Women in 1982. She also received honors from the National Association for the Advancement of Colored People, the National Association of University Women, the Sigma Gamma Rho Sorority, the Delta Sigma Theta Sorority, the Monday Club, the New Hope Baptist Church, and many other local professional and community groups.

Pauline A. Young died on June 26, 1991. Her passion for history, education, and human rights provides a rich legacy for Delawareans and serves as a continuing inspiration for all.