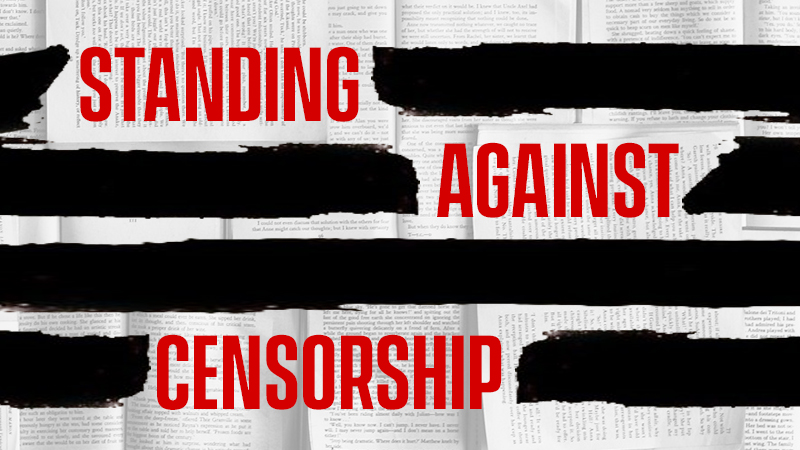 Article by Allison Ebner | Photos and graphics by Sean Diffendall

It would be a dull and yet dangerous life. We would learn nothing new. We would never be exposed to new ideas, cultures and perspectives. We would base our worldview on just this single source of information.

At the Library, Museums and Press, we want our community to make informed decisions. To do that requires access to information that highlights diverse views, experiences and beliefs.

Our locations serve as safe spaces for people to engage with all ideas, no matter how foreign, distinct or controversial they may be. We empower our community to discern ideas for themselves, considering multiple perspectives to determine their own.

To highlight the breadth of viewpoints and sources within our collection, we often showcase those voices which people have attempted to limit access to. 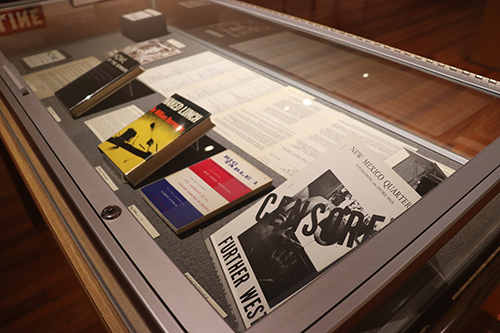 A display of censored and challenged works from the Beat Generation, currently on view in Old College Gallery.

Take the Beat Generation, as an example. Beginning in the late 1940s and early 1950s, the writers and artists of the Beat movement challenged social norms and consistently provoked authority, pushing boundaries in both their lives and their art. In their experimental writings, artworks and other activities, the Beats sought to transcend conformist society and to attain what was frequently called a “new consciousness”—a liberated sense of self-expression, spiritual insight and interpersonal connection that would form the basis of the youth culture of the 1960s.

As seen within the exhibition Beat Visions and the Counterculture in Old College Gallery, this liberated sense of self-expression made some uncomfortable—prompting attempted censorship of their works. Those who published or sold works by the Beats were often subject to arrest and prosecution.

The exhibition puts these works alongside others from the time, allowing the community to explore the ideas and imagery of the Beat Generation. It emphasizes the importance of freedom of expression—and the freedom to read, access and engage with information to form your own views.

But attempts to limit these freedoms are not simply a thing of the past.

Every year, there are attempts to ban or challenge books, to limit or remove a group’s access to information because someone else deemed it inappropriate. In 2018, the American Library Association tracked 347 challenges to library, school and university materials and services for reasons including: age-appropriate content, LGBTQIA+ material, political viewpoints, gender non-conformity and sexual explicitness.

As individuals, you decide what is appropriate and relevant for you. As libraries, we champion providing access to resources that show all viewpoints to ensure you have the power to make that decision. 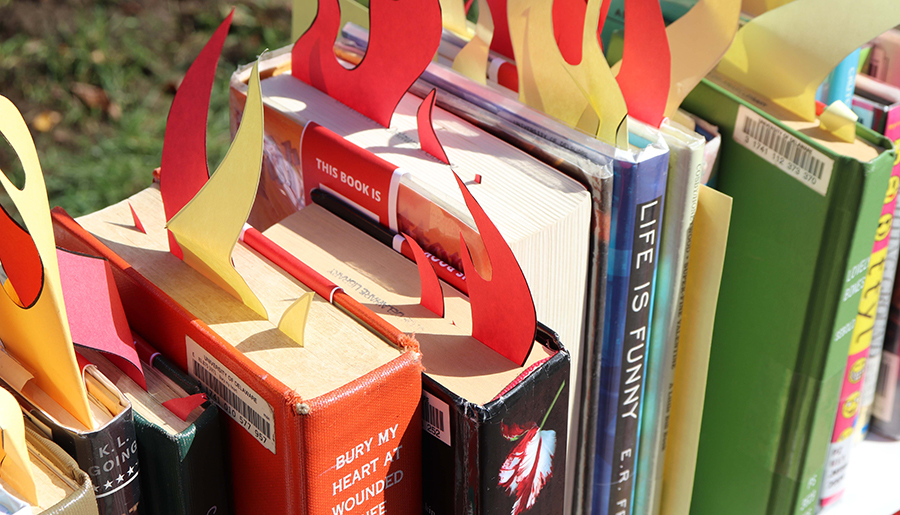 During the annual Banned Books Read-Out, students, faculty, staff and community members read selections from books that have been challenged or banned by others.

To stand against these attempts to censor and restrict access to information, we host the annual Banned Books Read-Out with the Department of English, which will take place on Old College Lawn on September 25. During this event, students, faculty, staff and community members gather together to read selections from books that have been challenged or banned by others, but have had a significant impact on their lives.

What inspires one person may not hold the same weight for someone else. What some deem inappropriate others deem invaluable. With access to our varied collections, we ensure each person has the opportunity to make that determination for themselves.

Beat Visions and the Counterculture will be on view through December 6, 2019, in Old College Gallery, and will reopen February 11 through May 15, 2020. Curator Stephen Petersen will discuss the Beats’ relationship with censorship during the exhibition reception on September 24. The Banned Books Read-Out, where all are encouraged to stop by and read excerpts from their favorite banned or challenged books, will take place on Old College Lawn on September 25. The exhibition and events are free and open to the public.