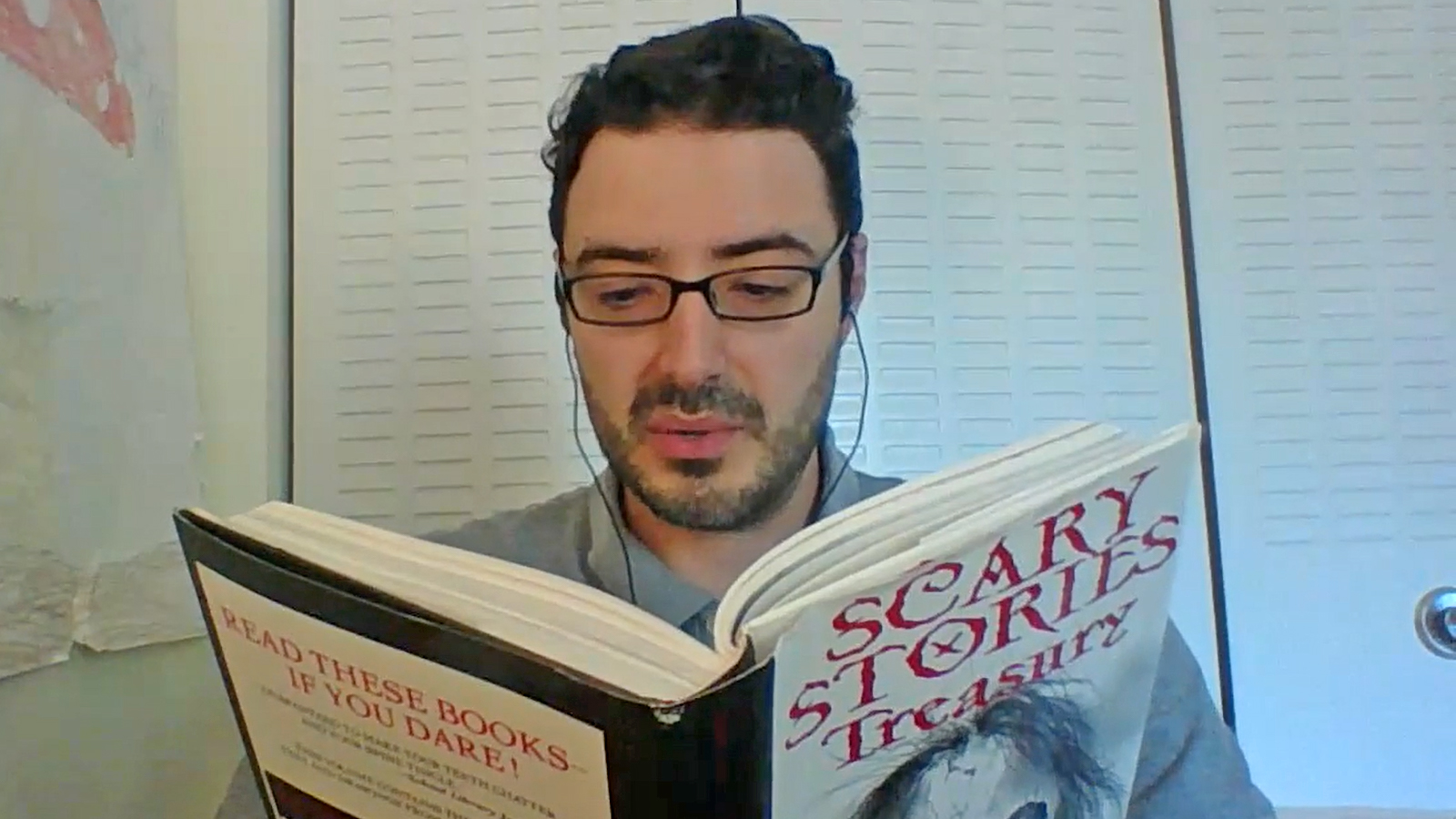 Settle in for story time! Enjoy excerpts from beloved banned books, read by members of the Library staff, including Easten Cueva (pictured).

As our community continues to physically distance, fostering a sense of connection is essential. One way to bring people together? Storytelling. Stories possess the unique ability to build bridges between ourselves and others. They can feel deeply personal and familiar to many while teaching us new ideas and perspectives.

There are people, however, who try to dictate which stories can and cannot be told. Banned or challenged books are those that people have attempted to have removed from libraries and schools in an attempt to censor which stories are written and read.

As children, many of us discovered the magic of stories as we listened to books read aloud—many of which, you may be surprised to learn, have been challenged or banned. Take a few minutes to reconnect with the magic of stories with familiar faces from the Library as they read passages from some of their favorite banned or challenged books.

Easten Cueva Reads from Scary Stories to Tell in the Dark

Alvin Schwartz’s series of short horror stories for children is no stranger to the banned books list, often challenged as unsuited or inappropriate for its age group. It topped the American Library Association’s list of 100 most frequently challenged books of the 1990s, and came in at No. 7 for the 2000s.

Marjane Satrapi’s graphic novel memoir was the second most challenged book in 2014. It has been challenged for its political viewpoint, offensive language and depiction of gambling.

Alex Galarza Reads from The Autobiography of Malcolm X

Many frequently banned and challenged books deal with diverse content, meaning by or about people of color, the LGBTQ community or people with disabilities. Those who’ve challenged this autobiography have claimed it has “anti-white sentiments” and serves as a “how-to manual” for crime.

As an organization committed to providing open access to information, each year we celebrate Banned Books Week and our freedom to read.

This year, our annual Banned Books Read-Out is moving online. Throughout Banned Books Week, September 27 – October 3, join us on Twitter as we share resources and more videos of our staff reading their favorite banned or challenged books as we “Stand for the Banned.” Follow us and #UDReadsBannedBooks to stay connected!

In the meantime, turn to our staff’s banned book recommendations or the American Library Association’s lists of frequently challenged books for inspiration on what to read next as you celebrate your freedom to read.